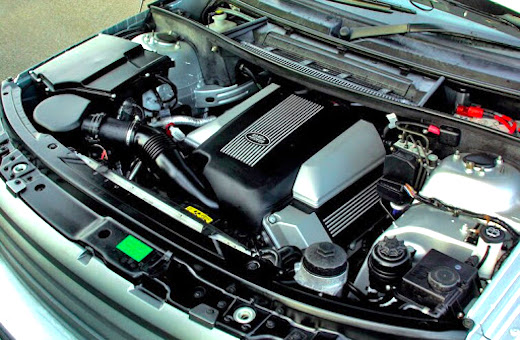 In 2005 when the LR3 rolled out, it came with a heavy-duty V-8 that could move this massive beast that weighed in a little over 5,500 pounds. That is a lot of vehicle to get up and going, making gas mileage in the city something undesirable to most. This engine is solid, and anyone that has owned an LR3 will tell you that despite it’s weight, once the vehicle was in motion, it is a pleasure to drive. This engine is different from the one featured in the Defender 90, but is equally capable of getting your through the toughest off-road situations.

This is an aluminum V8 engine, bored out and ready to rock. This is a bored version of the Jaguar V8 4.2L that is found in most of their cars except the X-Line of luxury automobiles. It has 300 HP, enough to pull you up any hills you were thinking about climbing, and get you through any mud that you thought about crossing. The LR3 goes 0-60 in just over 8 seconds, which make it a bit sluggish off the line, but great for any other off-road application.

Taking This V8 Beast Off Road

I had the luxury go taking my LR3 off-road this past weekend. It was heavy and slow, but it did exactly what I needed it to. I had a cabin full of precious cargo as the kids were strapped in tight, looking through all of the glass on the LR3. The passenger windows and three sun roofs provide enough natural light to keep the interior visible at all times. The engine pulled us through some pretty rocky terrain, and never sounded stressed the entire time. This was a great experience, and is helping me to justify this purchase.

Replacement Engines For The LR3