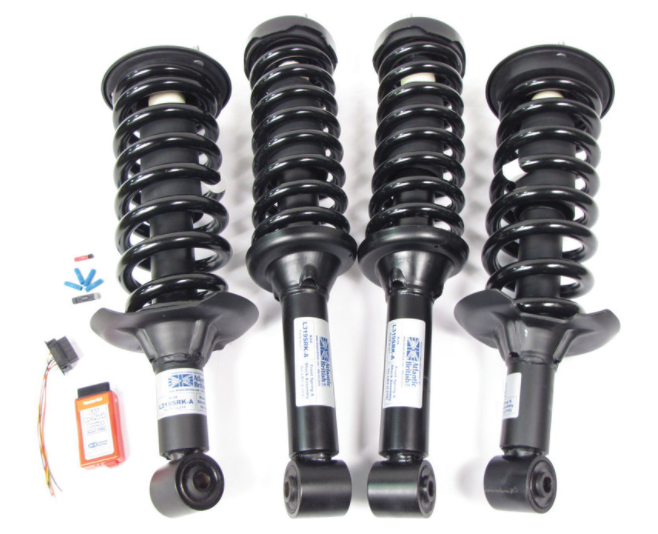 I picked up a 2007 LR3 and the previous owner had already converted the air bag suspension into a strut and coil suspension kit. The problem I had is that they only went to standard height and didn’t spend the extra money to give it the 2′ lift.

For some guys, an extra 2 inches is all the difference in the world. The 2′ lift gives you just enough clearance in the wheel-well to add larger tires. I took the LR3 off-road last weekend and had a few scrapes underneath from rocks and deep ruts.

I called a company out of Utah and asked what the best 2′ lift configuration would be for the LR3. They ended up selling me front and rear coils that would work with my existing struts. What I didn’t know at the time was that this wasn’t really the best option. If you are going to upgrade your springs, your struts need to be upgraded also.

I called back and the sales guy swore it would work, I would just lose some travel because the struts aren’t built for the 2′ lift coils. I ended up calling the manufacturer of the Old Man Emu coils and they confirmed that I should upgrade the struts as well.

My options soon became clear, I needed to either by the full 2′ conversion kit from Atlantic British and sell the standard height kit I pull off the LR3 and the Old Man Emu coils. Or, I find 2′ suspension spacers and get my clearance that way. The Atlantic British is $1,279.95 and the spacers are about $200 total.

I am going to give the spacers a try at $200 and sell the Old Man Emu suspension coils online. I put a link in here to the Ebay auction if anyone is interested.