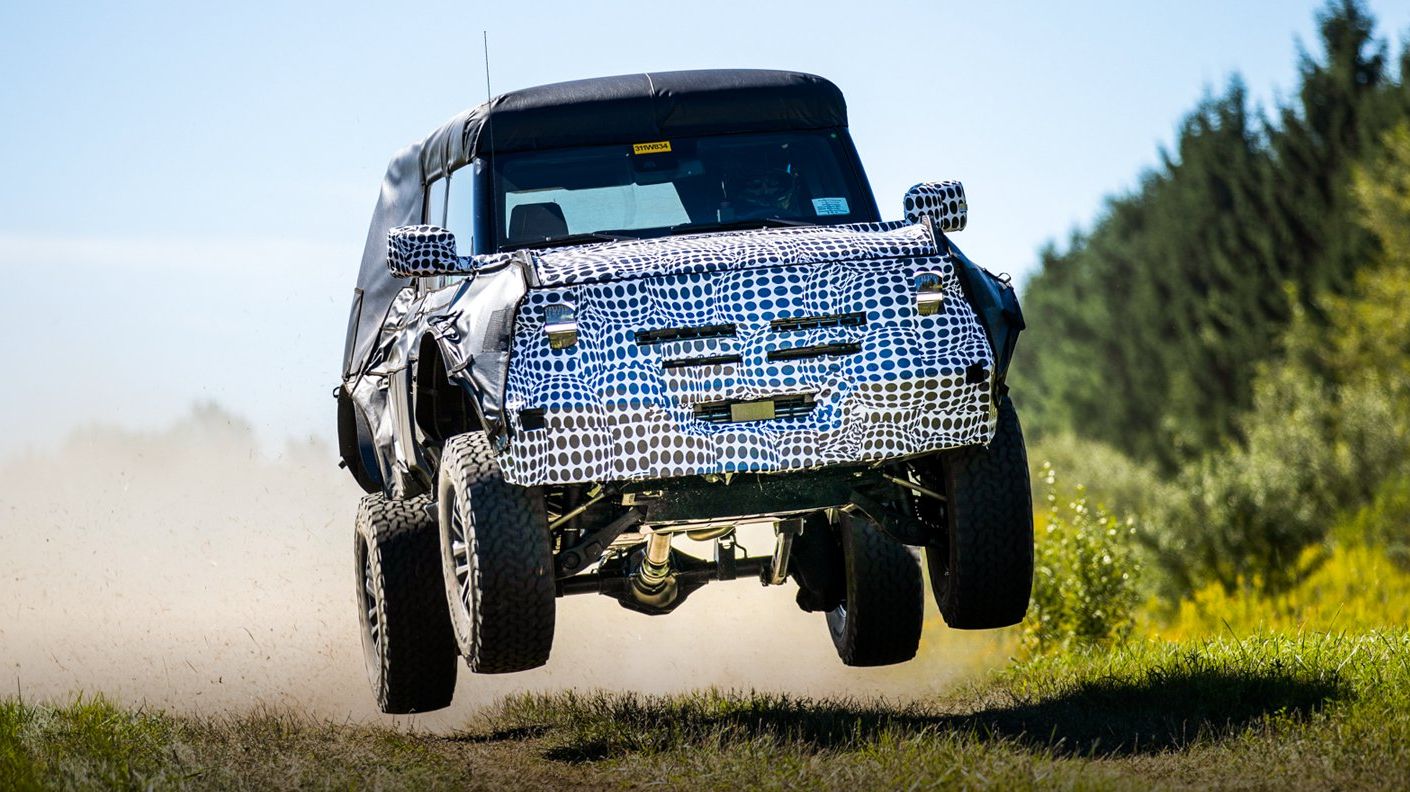 We are Land Rover fans to the core, but we are also fans of high-performance off-road vehicles. In 2023, Ford will be dropping a bomb on the automotive industry when they release the new Ford Bronco Raptor. I for one am ecstatic to see how this machine looks, and performs. Until then, there will be a lot of speculation surrounding the 2023 Ford Bronco, it’s performance specs, and features of the model. With all that being said, we are going to jump into a quick article covering what we know so far about the 2023 Ford Bronco Raptor.

A new powerful machine is coming to rule the streets, and this is the 2023 Ford Bronco Raptor. This Baja style off-roader is already in testing mode, and some were seen into the wild. It’s important to note that many fans are still waiting on their 2021 version, but the manufacturer is already focused on the future and what this brings to the table. It’s a cool concept and many people are eagerly awaiting it.

The name is a bit of a conundrum because people don’t seem to understand if it’s going to be called the Raptor or Warthog. It doesn’t really matter as much to be honest, but what does matter are the capabilities of this souped-up Bronco. The 2023 Ford Bronco Raptor will be in line with the capabilities of an F-150 Raptor, which is a cool concept in its own right. It’s important to note that the new Raptor package comes with more focus on technical off-roading racing.

The new prototypes are coming with some new, powerful hardware. There are some Fox Racing Dampers. The new vehicle will come with a raised suspension, the track will be wider, and on top of that there are skid plates to protect your front end. The car will likely have optional 37-inch tires, with 35-inch standard for the base option.

Either are both great for dune running, and it will surely make for some extraordinary adventures while driving off-road. There are some additional upgrades coming like a revised facia and a much higher front bumper for improved clearance, which is extremely important for competitive off-road driving.

The 2021 Ford Broncos feature over a dozen accessories-ready mounting points for both Ford and Aftermarket parts. The Bronco Raptor will likely have many of the same customizable areas. If I’m lucky enough to get the Warthog, I’d grab all the Bronco Accessories I can to optimize my off-road performance.

We expect that the new 3-liter EcoBoost Twin-Turbo V-6 is powering this beast with 400 horsepower, far more powerful than the Land Rover engine and it is already in use on the Lincoln Aviator and the Ford Explorer ST. What we like to see here is the fact that the unit is bringing in a hybrid and standard variant of the engine. We expect to see a 10-speed automatic, which you can find on the 2021 Bronco models.

Even if it might be hard to pinpoint the right price, we do expect a mid $60k starting price range for this particular model. The Wrangler Rubicon 392 has a $73,500 MSRP, so anything below that will make the 2023 Ford Bronco Raptor a better option for your pocketbook…

When will the 2023 Ford Bronco Raptor arrive? That’s also hard to say, but it’s expected for this model to actually be shifted into the 2022 model. So, it’s possible that the company might actually release this sometime in 2022 rather than 2023. Either that, or they stick to the 2023 release date, which is also very possible. One thing is certain, the product is a great option and it definitely brings in front some incredible options for Baja style off-road driving, and better suspension than the LR3. In the coming months, Ford will surely be releasing more information on the Bronco Warthog, or is it Raptor?